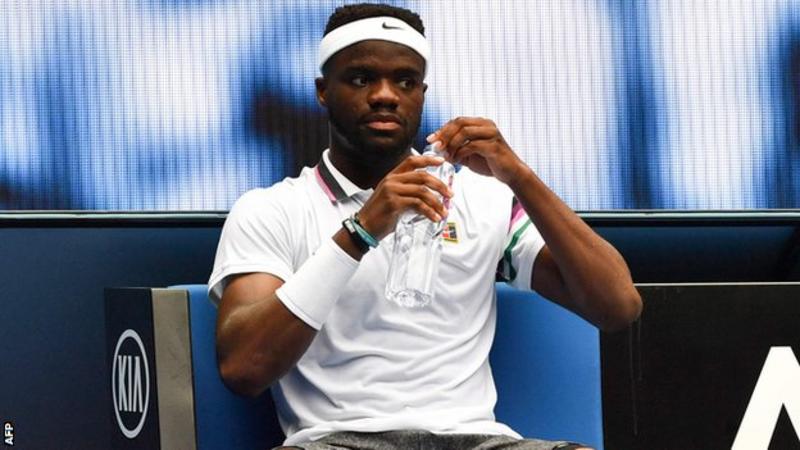 Pickle juice is something that pickleballers have know about for some time now. Well it seems like other sports are taking notice!

When American tennis player Frances Tiafoe said pickle juice had helped him reach the quarter-finals of the Australian Open, plenty of people were a little taken aback/grossed out.

After all, who swigs the remnants of a jar of pickles to boost their sporting performance?

Taking the Australian Open in isolation, two of the sport’s rising stars – Tiafoe, 21, and Russia’s Daniil Medvedev, 22 – have been spotted drinking it in Melbourne this week.

And widening the sample size a little, a photographer snapped Arsenal’s 22-year-old Uruguay midfielder Lucas Torreira drinking from a bottle labelled “pickle juice” in the Gunners’ 2-0 victory over Chelsea last weekend (although he did swiftly spit it out!).

John Millman, the 2018 US Open quarter-finalist, was commentating on that match for television and was asked about the pickle juice.

“It helps the cramps,” said Millman. “There’s a lot of salt in it.”

When asked how it tasted, the Australian replied: “Terrible.”

It tastes bad… but does it actually work?

And while, he says, the results are compelling, it is not necessarily for the reasons you might initially expect.

“Pickle juice contains sodium, potassium and vinegar and the obvious conclusion would be that it replaces sodium and salts lost when playing sport in a hot and humid environment like the Australian Open thus prevent cramping,” said Dr Ranchordas.

“However, how it really works is that it triggers a reflex in the mouth which sends a signal to stop muscles from cramping. That’s why it is drank at the onset of cramp.

What else is it good for?

The internet is full of stories of how pickle juice can cure alcohol-induced hangovers. One website even suggests pickle brine is the definitive hangover cure in some eastern European countries.

Throw in the fact it contains antioxidants, is said to help control blood sugar levels and boost gut health and you’re on to a winner next time you reach for a nice refreshing glass of the stuff.

And the craziest thing of all?

It is actually good for your breath, because it kills bacteria which breed in your mouth and create a stink.

We use cookies to ensure that we give you the best experience on our website. If you continue to use this site we will assume that you are happy with it.Ok